The first risk with Alibaba, but also the main risk, is probably the Chinese Communist Party, which is putting more and more pressure on the mega-caps. A central rule of the CCP is that the state must never lose control over the private sector. Nothing changes or moves without his approval.

To achieve this goal, the Chinese government sometimes uses its power to influence the economy and therefore the markets. Therefore, as you can imagine, it is very complicated for a company like Alibaba to get on the CCP’s radar. In addition, its founder openly criticizes the Chinese banking and financial system. And in such a situation, the reaction of the authorities is not expected and serves as an example. In the case of Alibaba, the IPO of Ant Financial, an Alibaba subsidiary, was blocked by the government after just a few weeks. But what worries the markets more is China’s long-standing antitrust laws. Recently, Alibaba was fined $2.75 billion (2.5% of 2020 turnover) for abusing its dominant position over several years.

If these laws exist anywhere in the world, they seem to be of greater concern in China. Foreign investors in particular fear a takedown of Alibaba, which could potentially take up a lot of space, which has worried the government in its quest for full control. Reading the PCC’s report, however, a fine based on material elements seems more or less understandable.

“Since 2015, Alibaba Group has abused its dominant market position by prohibiting merchants on the platform from opening stores or engaging in promotional activities on other competing platforms.”

Admittedly, this is really anti-competitive. To summarize, China is introducing new regulations primarily to better control its economy. There are antitrust laws all over the world, as evidenced by ongoing lawsuits against Apple and Microsoft in the US, Europe, South Korea, etc… Indeed, China is gaining ground. Even that means sacrificing sectors of its economy, for example by barring the profitable education industry from making a profit just a few weeks ago.

But one thing is for sure, the CCP is very happy that Alibaba exists. The e-commerce giant has greatly contributed to the development of China and plays a very important role in the economy. By 2024, Alibaba is expected to have more than one billion Chinese customers, resulting in $1.555 billion in transaction flow on the platform. Now, it is entirely possible, but highly unlikely, that China wants to destroy Alibaba. But we have to ask ourselves, is it really in the CCP’s interest to bring down one of the country’s largest corporations and one of the main symbols of Chinese soft power? As Mohnish Pabrai points out, Alibaba is one of the jewels of the Chinese economy. These companies can play a central role in tomorrow’s global economy. The government, it should be noted, is not interested in sacrificing a company like Alibaba, which brought in $7.7 billion to the state in 2019 through all contributions and taxes. In addition, Alibaba has undoubtedly made billions of dollars thanks to its ability to facilitate trade between merchants and consumers in China, which will also be taxed.

But beware, China recently announced that it wants to tighten regulations on finance, the internet, big data and the cloud in the next five years, along with strengthening its antitrust laws. Regulations that did not exist before and will all affect Alibaba. The risk premium on this security is therefore very high and stock prices may suffer more in the coming months/years before recovering.

The second risk is the risk of accounting fraud. Some investors do not trust the figures of Chinese companies, such as CCP, which can sometimes be dubious and murky. However, New York-based Alibaba prepares accounts in accordance with US generally accepted accounting principles and has been audited by PWC for more than 20 years. PriceWaterhouseCoopers (PWC) is considered one of the four largest accounting firms in the world, operating in 157 countries and employing approximately 284,000 people worldwide. However, it is possible that Alibaba’s management team colluded with one of the world’s four largest accounting firms to falsify the numbers, but the probability of this assumption remains small a priori. It should be noted, however, that Alibaba has never been audited by the Public Company Accounting Oversight Board, as the Chinese government prohibits such inspections, let alone audits, of Chinese companies. It should be recalled that the PCAOB is a private non-profit company established by American law in 2002 and aims to supervise the audits of listed companies in order to limit abuses and accounting violations of publicly held companies. 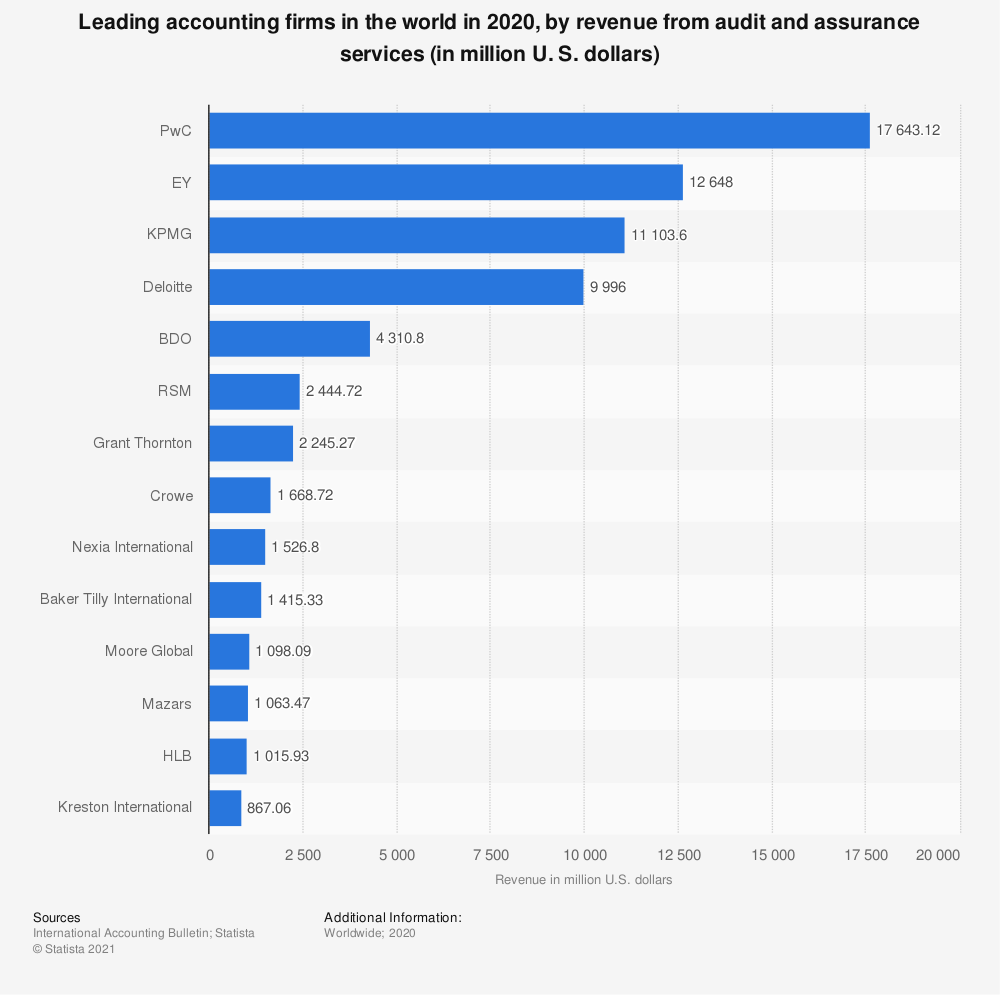 3- Risk of delisting from NYSE:

Finally, the third and final major risk associated with Alibaba is delisting. In other words, removing stocks from the New York Stock Exchange. To take this risk, we need to understand how Alibaba is structured.

A VIE is a legal entity that meets one of the three criteria described in FASB ASC 810-10-15-14. Simply put, owning shares in a VIE confirms ownership of a contractual right to a portion of the company’s profits. Unlike traditional shares, VIE shares provide legal ownership of the assets of an entirely separate company (sometimes called a shell company). In the case of Alibaba, shareholders who own NYSE-listed BABA shares own equity in Alibaba Group Holding Limited, an entity incorporated in the Cayman Islands, through US depositary shares. An entity that struck a deal with Alibaba to profit from lucrative Chinese assets. BABA shareholders do not own the assets of the China-registered company Alibaba, only its profits. Thus, the VIE protects the company from legal actions by its creditors. But Alibaba did not create a VIE for this reason. The Chinese government does not like foreign involvement in its economy and therefore has banned it. Thus, Chinese companies have been forced to create these foreign entities to facilitate their access to foreign investors. This way, you still buy Alibaba stock, but you do it through an external entity. 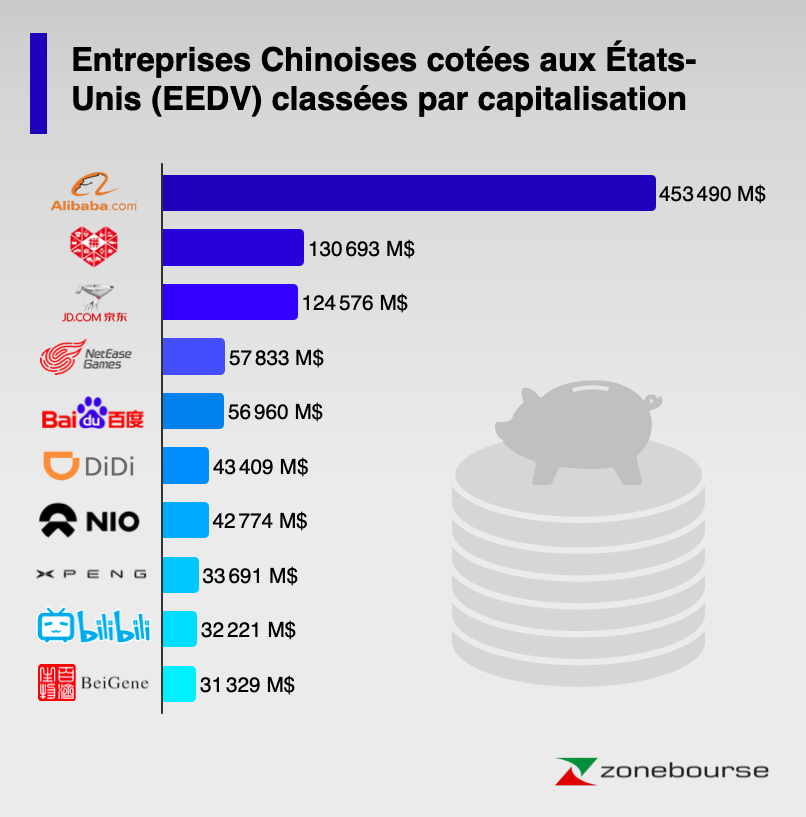 The problem is that foreign companies are responsible for keeping US listed actions listed in New York. Thus, foreign companies must prove that they are not controlled by the government and also have their accounts audited by a firm certified by the PCAOB. And that’s a potential problem because the Chinese government prohibits the PCAOB from inspecting Chinese companies and auditing their American companies. This must be resolved within the next three years or the New York-listed version will be withdrawn. Delisting from foreign exchanges (NYSE and Frankfurt) will not result in the loss of your shares. This simply involves trading these shares over the counter, but there is no doubt that this will have a strong impact on share prices. In addition, institutional investors will be forced to sell these shares, as legal regulations do not allow holding shares traded over-the-counter. A significant outflow of capital from institutional investors will cause prices to fall further. Even by buying a stock listed in Hong Kong, this will protect you from the risk of delisting, not the negative impact on the stock price of this potential event. Regardless of your Alibaba moves, it’s a risk worth considering.