This Thursday, November 24, five days after an election with inconclusive results and intense political negotiations, what many Malaysians never thought happened happened: arch-rival, perennial Prime Minister Anwar Ibrahim was appointed by the king to form the government. A few hours later, he officially became the tenth Prime Minister of Malaysia.

Since February 2020, Malaysia has been in the grip of a political crisis. Within two years, three heads of government succeeded each other: Mahathir was elected in 2018, then after a parliamentary coup, Muhyiddin Yassin was elected from 2020 to 2021 and Ismail Sabri from 2021 to October 2022 . The latter decided to dissolve the Parliament to stabilize the situation and give a clear majority. Early elections are called after and at the end of an enlightened election campaign, the exact opposite happens.

Then three major coalitions collide. The historic Barisan Nasional (BN), which originally came from Ismail Sabri, was built around the United Malays National Organization (UMNO) and led the country from independence in 1957 to 2018. Pakatan Harapan (PH), then led by Anwar Ibrahim, a reformist coalition elected in 2018 but ousted in a parliamentary coup in February 2020. And finally, the Perikatan Nasional (PN) party, led by Muhyiddin and mainly composed of Bersatu, a breakaway party from UMNO, and the Islamist PAS. Other smaller regional coalitions are also competing, particularly in the Malaysian states of Borneo, Sabah and Sarawak, as well as coalitions led by 97-year-old two-time prime minister Mahathir, who hopes to return to power.

Two main elements dominated this short election campaign. Starting with youth weight: for the first time, 18-21-year-olds could vote. Lowering the electoral majority introduced more than 5 million new voters, the new main target of the coalitions. This new arrangement has prompted political parties to invest in social networks, especially TikTok. Some have managed to get out of the game better than others, especially the PN, which has led an aggressive campaign targeting young people on this social network. Muhyiddin did not hesitate to stage himself in videos while dancing.

The results of the vote on November 19 are unpredictable. None of the three major coalitions alone can secure a majority of the 112 seats needed to form a government. Anwar’s PH is the first with 82 seats, closely followed by Muhyiddin’s PN and its 73 deputies. BN suffered a historic defeat with only 30 people elected, including 26 for UMNO. PN’s success can be attributed to the advancement of PAS, which became the leading party in Malaysia with 44 MPs. The country then appears to be split between urban centers and multi-ethnic constituencies that vote for PH and rural areas, with the Malay majority leaning towards PN and, to a lesser extent, BN.

This success of PAS was not expected. This is the fruit of long field work. An Islamist party with a strict view of Islam – its leader did not shy away from hailing a Taliban victory in 2021 – it is deeply entrenched in Malay society, running numerous associations, religious schools and mosques. Already in power in the rural states of Kelantan and Terengganu, he managed to capture UMNO strongholds across the Malay Peninsula and seduce the youth who attended its schools and clubs.

On the evening of November 19, Muhyiddin announced his victory and announced late at night that he had enough votes to form a government. The BN-PN alliance, which ruled together before the collapse, looks plausible, especially as 29 MPs from Sabah and Sarawak say they are ready to work with Muhyiddin. After that, the king gives the coalition two days to propose him the name of the Prime Minister.

But none of this happens. The rise of PAS is strongly shaking the multi-ethnic Malaysian society. Painful to see its hardline ideology waning after the government made inroads among the non-Muslim Chinese minorities (27% of the population) and Indians (12%). There is a risk of undermining the social consensus on which Malaysian society is based. Despite the fact that Islam is the religion of the Federation and Malaysia, and that “natives” have constitutional privileges, freedom of worship is guaranteed in Malaysia, where moderate Islam is practiced.

The anxiety is then translated by an agitated civil society. A few rare anti-PAS demonstrations are taking place on the streets of Sarawak’s capital, Kuching. Instead, hateful videos calling for attacks on Chinese minorities are circulating on TikTok.

Although MPs from Borneo were initially seen as “kingmakers” – joining forces with PH to give it a majority – it was BN that gradually assumed that role. There is no “natural” alliance with PN. Chinese and Indian Barisan parties cannot decide to support a government in which PAS will be so dominant.

After that, an unexpected rapprochement takes place. After campaigning to root out UMNO’s corruption, Pakatan and Barisan Nasional leaders are meeting to review a government deal and thus block PAS. Meanwhile, Sarawak MPs say they are ready to work with Anwar’s PH, which will give him a real majority.

But this rapprochement is not to everyone’s taste within BN. After this meeting, the party declares that it will not support anyone and decides to switch to the opposition. To get out of the protracted crisis, the king of Malaysia receives the leader of BN Borneo and declares the need to form a government of national unity for the welfare of the country. The idea was immediately embraced by Barisan, which said in a press release that it was ready to participate in any government that the PN did not belong to. When the newspaper definitively sealed the alliance between yesterday’s enemies New Straits Times This Wednesday, November 23, publishes an in-principle agreement between PH and BN: Anwar will be Prime Minister, Deputy Prime Minister from UMNO, and this alliance will aim to maintain Malaysia’s political stability.

Thus, on November 24, the king officially appoints Anwar Ibrahim as the prime minister. At 75, he is a key figure in Malaysian political life. In the 1990s, Mahathir’s former dolphins were violently purged in 1997 for opposing the government’s economic policies and denouncing the corruption of the Mahathir clan. He was later arrested and imprisoned on charges of homosexuality. Anwar then becomes the figurehead of all supporters reform, social and political reforms for a fairer, more inclusive and less corrupt Malaysia. Released in 2004, he embodied the opposition to UMNO and formed a coalition that united all opposition parties under one banner, including PAS. Faced with electoral success, Anwar replaces prison terms and acquittals with the same charges: convictions for corruption and homosexuality.

After the 1MdB scandal, the embezzlement of more than 560 million euros from the state investment fund by the then prime minister Najib Razak, Anwar reconciled with his former “executioner”. Despite his imprisonment, he continues to lead the party that formed Pakatan Harapan with Mahathir. The latter was only supposed to be a transitional prime minister before giving way to Anwar. But the non-genarian is reluctant to give up his seat, and his resignation in February 2020 precipitates a crisis and kills Anwar’s chances of becoming head of government immediately.

But apart from the arch-rival coming to power, these elections are particularly rich in lessons. Malaysians sanctioned the actors of the 2020 crisis. All but Muhyiddin, who was re-elected, lost. Including Mahathir who unfortunately reached 9% in the constituency. Despite the inclusion of youth in the electorate, there was no youth bonus among elected officials. Young and promising politicians like Anwar’s daughter Nurul Izzah Anwar or former health minister Khairy Jamaluddin are beaten.

At the same time, striving for a true Reformation is not clear. PN and BN exceed 50% of the vote. It is not the ballot box that brought Anwar to power, but a political game. Especially since he will have to deal with the much maligned UMNO that will be in government. While this involvement may be minimal, UMNO tries to project itself as a moderate and reasonable Malaysian conservative party, putting the country’s interests ahead of political differences. But its 27 deputies could prevent the adoption of many laws of an extreme reform nature. Moreover, the surge of PAS reflects the very strong conservative leanings of a whole section of the Malaysian population. The Islamist party has invested in social territory, and this trend can only continue.

If Anwar finally becomes Prime Minister, if Malaysia finally has a stable majority, if the political crisis finally seems to have subsided, the political situation contains seeds of tension within it that cannot be ignored. Malaysian society remains divided and hopes for reform could quickly be dashed.

Asialyst is developed by a team of 100% volunteers and thanks to a network of journalists, experts, academics, consultants or former diplomats in Asia or elsewhere… Our only goal: to share knowledge about Asia as much as possible. .wide audience. 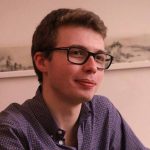 Malaysian specialist Victor Germain is in charge of research at the Institute for Strategic Studies of the Military School (IRSEM). In addition to being a graduate of Sciences Po Paris in political science and international relations, he also studied at the University of Malaya in Kuala Lumpur. He is the author of a university thesis on populism in Malaysian foreign policy at IEP in Paris.